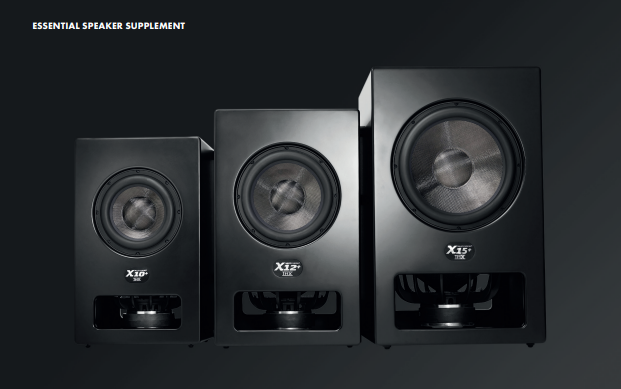 Loudspeaker manufacturer M&K Sound considers THX Certification to be not only a key component of its marketing message but also critical to offering up a unified home cinema ecosystem.

THX Ltd., custodians of George Lucas’s former high-profile cinema and residential sound and image laboratory, continues to make an impact. Despite the advent of object-based immersive audio, the good housekeeping practices of the once Lucasfilm Ltd.-owned decision are reasserting their place in an industry short on accepted standards. M&K Sound has recently doubled down on the marketing potential with new partnership announcements, while cementing THX’s place as the sole heavyweight arbiters of all that can be excellent in home cinema.

But for the last 25 years, Denmark’s M&K Sound has never strayed from the THX path. The company was the original creator of the satellite/subwoofer configuration for full-range studio and home audio in 1973, an idea later adopted by THX. With M&K’s December unveiling of three completely revamped X+ Series reference subwoofers, the company has once again embraced the THX moniker as a key component of it technology and communications strategy. The top-of-the-range subwoofer this year is the home-demolishing X15+ leviathan with its pair of colossal, opposing, push-pull 15-inch drivers. Earning the THX Certified Dominus status (the latest of four THX Certification levels), the Bay Area scientists deem the subwoofer qualified to deliver the required grunt in rooms up to 6,500 cubic feet.

Many reading here will know the THX story. Lucasfilm engineers formulated a plan for improving audio performance in cinemas for the release of Return of the Jedi (1983). George Lucas decided the multi-layered mix should be presented optimally in as many locations as possible. For a cinema to be THX Certified and show the THX ‘Deep Note’ trailer before a feature under license, theatrical exhibitors has to conform to strict criteria to deliver a first-rate film presentation.

A THX Certified cinema had to reproduce dialogue accurately, elicit massive dynamics across the 20 Hz to 20 kHz range, be agnostic to audio or vibration leaks from adjacent auditoria and mitigate background noise to virtual silence. Even the viewing angle to the screen from every seat should aim for 36 degrees. These were already the mainstays of Hollywood dubbing studios for mixing film sound. THX also provided design services and tailored recommendations to each customer.

On the home front, quadrophonic audio had effectively been consigned to the dustbin o history by the late 1970s, but matrix Dolby Surround processors found their way into living rooms by 1989. It was becoming clear that ‘unified theory’, for want of a better term, was needed to address the anarchy surrounding multi-channel audio in the home. The challenge with developing a home cinema audio system was how to play back a film soundtrack in a living room that was originally mixed in a large dubbing studio, and designed to be played back in a large auditorium. THX thus designed an architecture of hardware and electronic features to solve these problems.

A 4.0 Dolby Surround, or later discrete 5.1 , AV preamp or receiver with THX branding had to contain proprietary circuitry for signal processing with several functions. These broadly addressed the psycho-acoustic anomalies associated with translating cinema sound to the home. In an object-based audio world, these technologies logically became redundant. However, the ground breaking bass management features, including 80Hz crossover and mono sub arrangement in a generic AV receiver, are the result of the Skywalker Ranch engineers’ findings in the late 1980s.

Where THX still shines a light is in the development of loudspeakers, and M&K Sound believes these philosophies stand tall as ever. THX always famously required, and still requires, front LCR speakers to have focused vertical dispersion, minimizing floor and ceiling first reflections. This quality enhances dialogue intelligibility and lends audio cue placement precision to the front soundstage.

Staying At The Cutting Edge

Although THX Certified surround speakers were originally conceived as dipolar in design to mimic sidewall speakers in a commercial cinema, M&K developed the Tripole loudspeaker with the full endorsement of the company. By adding side wall reflection to the direct radiating sound from the speaker, Tripolar speaker produces a far more enveloping surround experience than is possible with direct radiating speakers. In the home, where listeners are often sat very close to side and rear speakers their dispersion has the added advantage of avoiding the “hot spot” produced by a nearby direct radiating speaker.

M&K Sound says that by adopting the THX credo for its speaker lines, it can be sure to deliver a truly cohesive soundstage in any environment. Manufacturers like M&K consider their relationship with THX to be a strategic partnership and shun the often-misconceived idea that a product has merely earned a ‘stamp of approval’. THX products undergo hundreds of tests (e.g. subwoofers being subjected to rigorous distortion vs SPL vs frequency metrics) with constant communication between manufacturer and licensor.

Although the landscape, or soundscape, has changed dramatically in recent years with the arrival of object-based audio in the home, much of the THX rulebook still applies. To this day, the company is the only home cinema accepted audio standards authority and is committed to perfection. To paraphrase the carpenter’s adage, if you “measure twice”, you only need to “cut once”. Over the past 40 years, George Lucas, THX Ltd. and M&K Sound have clearly been onto something.

In the UK, M&K Sound Speakers are distributed by Gecko Home Cinema. For trade enquires and to start showing your clients the full M&K range in Gecko exclusive private listening rooms, contact Gecko on 01635 268114 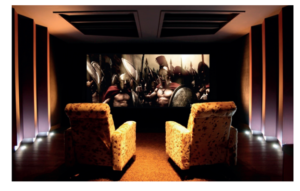